You Were Lied to Your Entire Life.

My grandparents grew up in the Soviet Union and were force-fed bullshit their entire lives.

They learned fictitious versions of Russian history and had to memorize made-up biographies of barely cognoscente men.

If you don't question everything, there’s a chance that you'll believe retarded bullshit for a large part of your life.

So the question is, are things better in Amerikee land of freedom, Ronald Reagan and eagle tears, or are we inundated with half-truths and propaganda in an Empire of Lies?

In every Social Science class, you were repeatedly lied to. Here's your history textbook's picture of George Washington and here is the full picture.

Your Psychology teacher will talk about Sigmund Freud and his theories of childhood development. But she won't talk about his theories on women and or how he railed cocaine like it was 1980.

The Social sciences are taught in a way that intentionally avoids intellectual debate.

These people want you to conform and believe in their fictitious politically correct world.

You need to come to your own conclusions. You need to see the world for what it really is.

It is a world where…

The average man is a loser.

He's overweight, out of shape, doesn't make much money, eats shitty food, and doesn't do that well with women.

He lives a normal, unremarkable life and is forgotten not long after he is buried. The worst thing you can do for yourself is to become average.

Most people are average and are great at giving advice on how you can become even more average.

“Hey man, you’re working too hard, you should take a break.”

“You shouldn't use that girl for sex, she deserves a relationship.”

“Your wife cheated on you, but you should forgive her.”

“You shouldn't go so heavy on deadlift and squat its bad for your back.”

Now if you’re here, then you probably trying to be more than an average man.

Or maybe you’re a kid fresh out of school who’s realized the manosphere is a joke.

Let me tell you my story.

In 2014 I got bored of watching YouTube videos and playing StarCraft 2 so I started Skyping dudes playing recreational therapist.

I thought that would be more entertaining than a reality TV video game.

I Skyped close to 1000 people in 5 years. Law school sort of prepared me for manipulating dudes out of depression and into the gym.

Along the way, I didn’t hesitate to call them a faggot retard. And I only do it because I actually care a lot.

I want to slap the kids here awake because there is a huge bullshit train coming right at them and they need to save themselves.

To help them save themselves, I put them through rigorous political theory and bodybuilding.

You can see what my guys have to say about working with me: 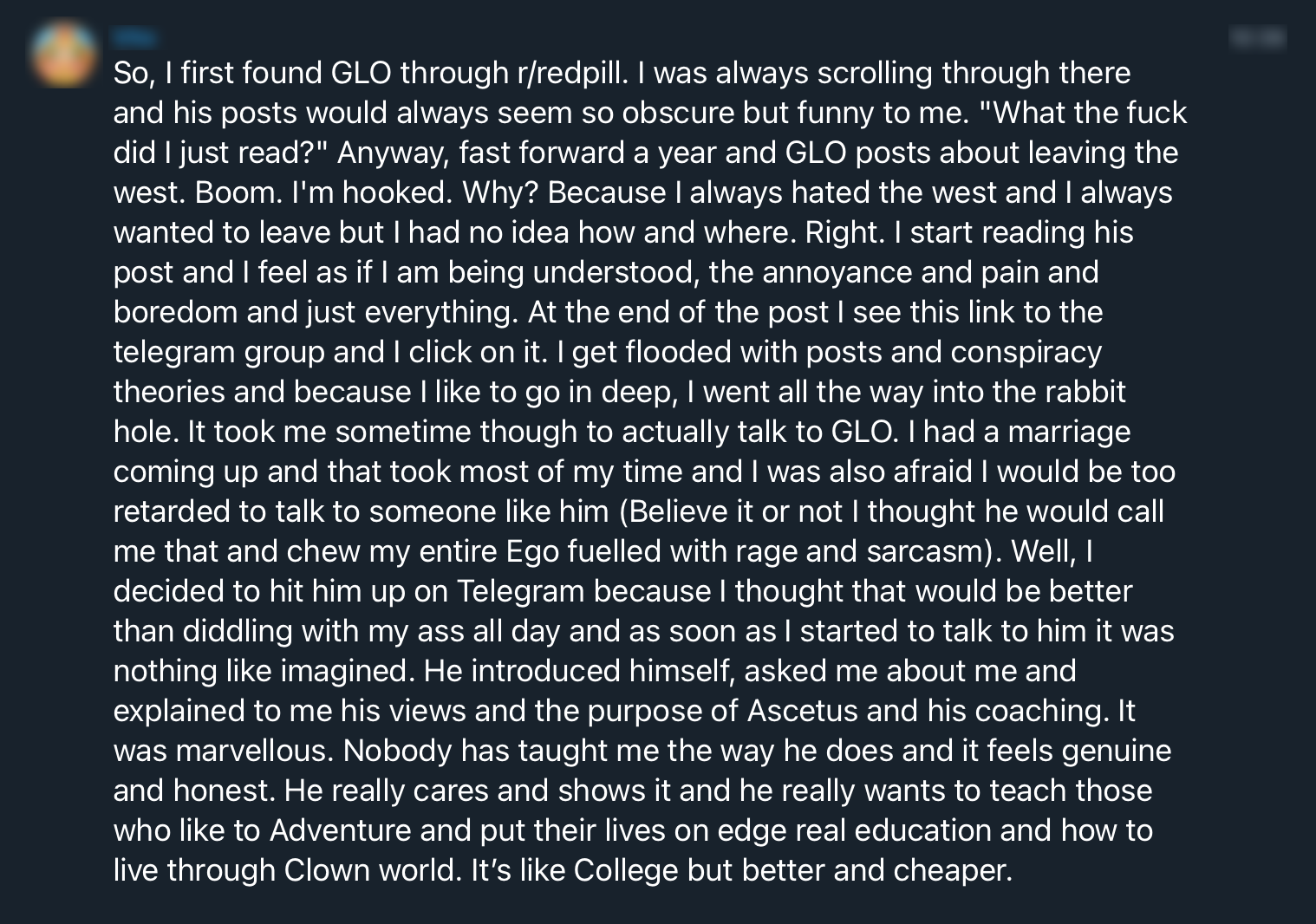 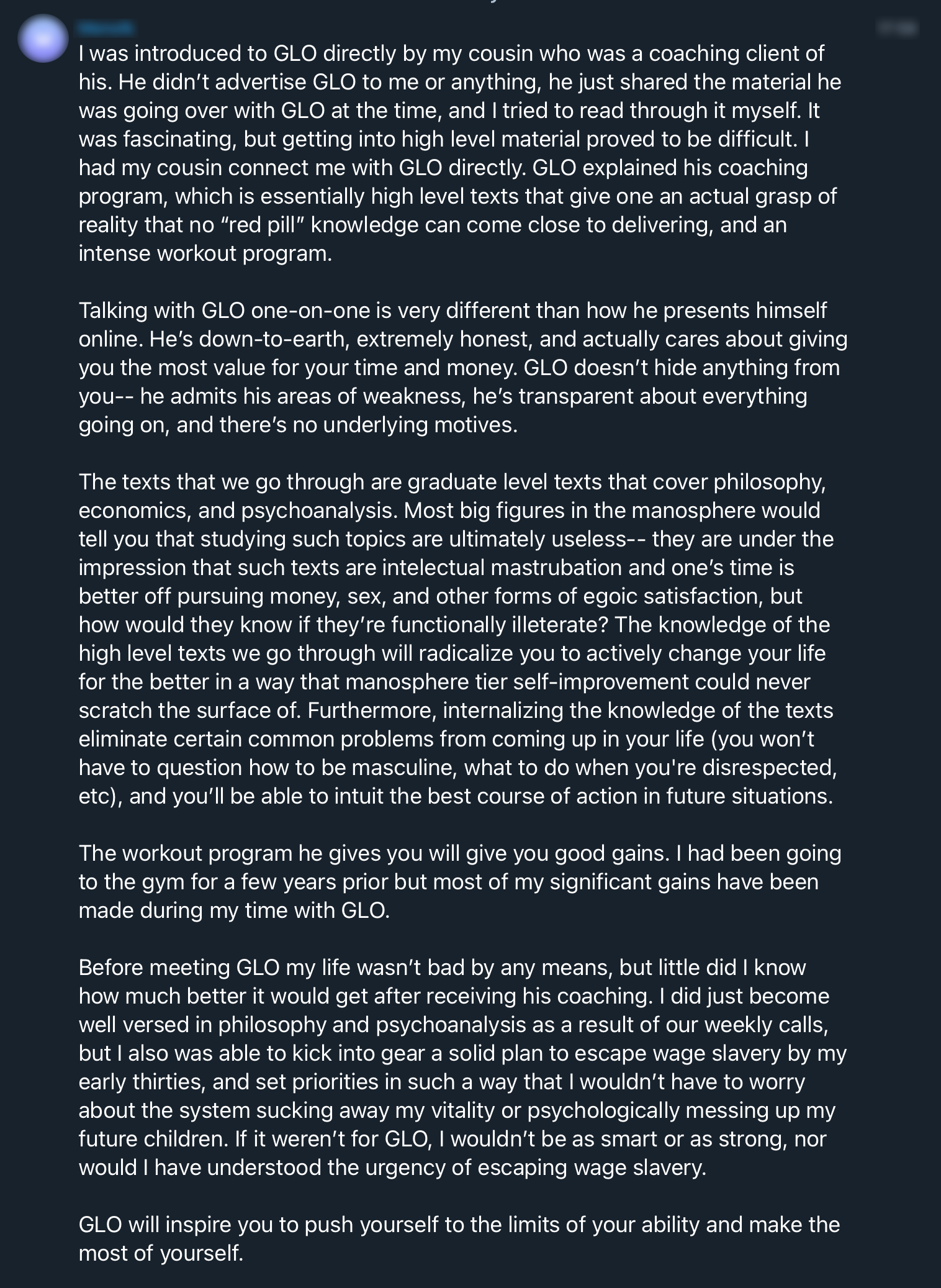 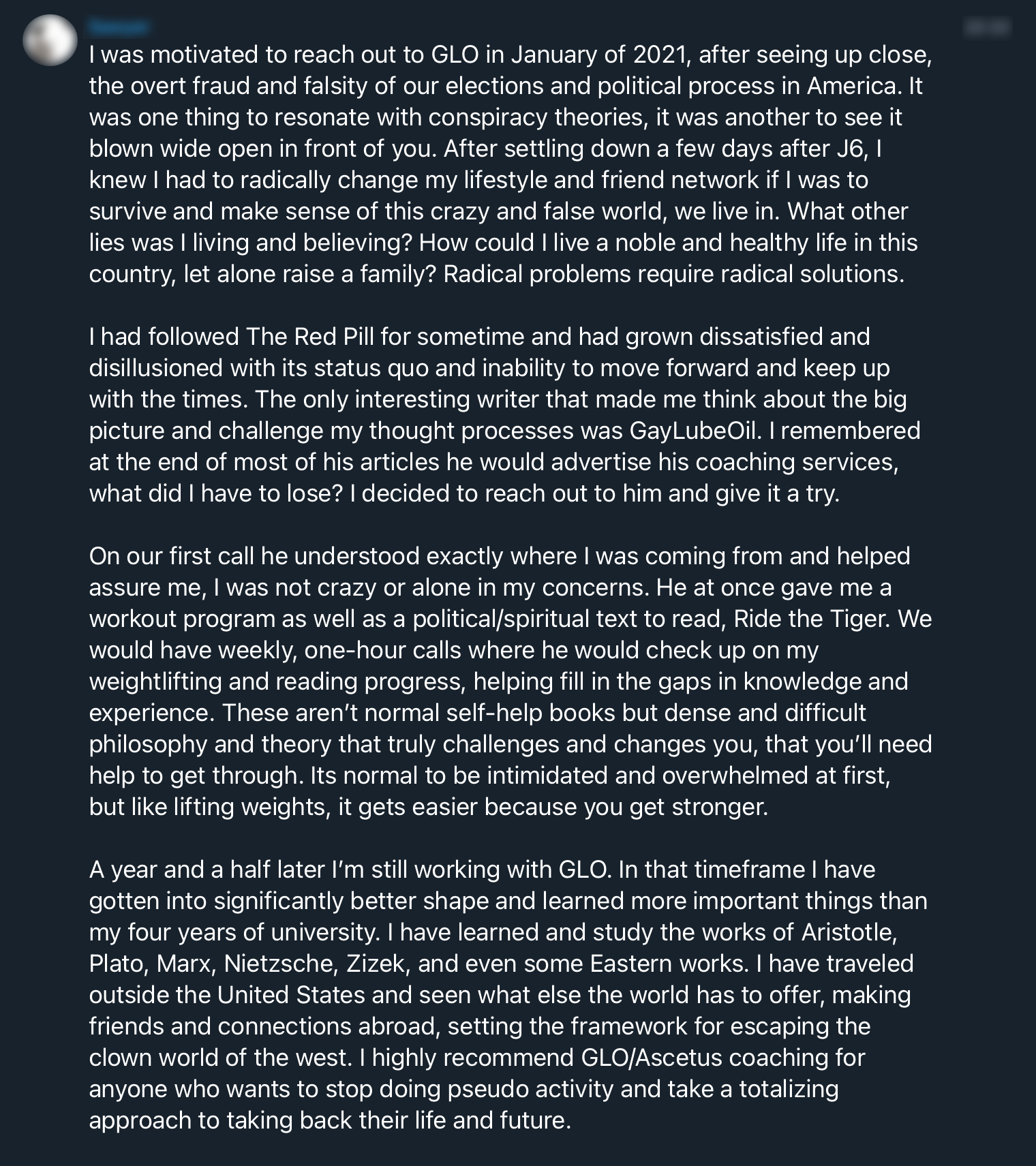 So why should you work with me?

I will teach you how to weaponize Lacanian psychoanalysis and push you to make real gains in the gym.

I will open a world of esoteric texts and lay them in the palm of your hand for you to read.

And by reading, I don’t mean skim through like a college textbook.

You will have a hard time understanding things in these books that my guys and I have already figured out through grueling phone calls.

I will help you push through so you can join their ranks in our private, invite-only community.

Now I couldn’t list every single concept in every book that I’ve covered with my clients.

In Marxist philosophy, every commodity has Use and Symbolic Value. I’m very deliberate with capitalization here as each term has an objective meaning.

Jeeps are Used as off-road vehicles. A Jeep Symbolizes that its driver is a cool rugged off-road adventure guy. A pink Jeep and a blue Jeep have the same Use Value.

However, a Pink Jeep and a Blue Jeep have different Symbolic Value.

Because a Pink Jeep symbolizes that its driver is a big gay faggot desperate for his asshole to get 9-11ed.

Now imagine you’re driving down the street in your pink Jeep and everyone's yelling: FAGGOT!

No matter how many times you yell “it's just a Jeep” nobody is gonna care.

Likewise, it doesn't matter how many times you yell “I'm Not a Nazi” in your swastika Jeep.

Now when you apply this to women…

Sluts love denying Symbolic Value because it allows them to pretend they're not sluts. Sluts love to put on Slut dresses and tell their fathers/boyfriends/husbands:

“It's just a dress! Why do you have to be so controlling dad? I'm just going out with my friends!”

By that logic, a Swastika Shirt is just a shirt.

Contrary to SlutLogic, symbols are real and humanity has been communicating with symbols since its existence.

Now, why is all this important?

Because the Matrix and Fight Club movies that the manosphere jerks off to are built on Commodity Fetishism.

Just like sluts, the system can only function via deliberate unknowing.

Useless people hide from their useless lives by hoarding objects with only symbolic value.

Empty hollow average people pretend that they have substance so they don't have to do anything about their misery.

What you’ve just learned is far more encompassing and bitter than most are willing to admit.

In order for a Slut to successfully slut she has to simultaneously perform the physical actions of a slut while symbolically denying that she's a slut.

The moment she acknowledges that she's a slut she has to take responsibility and critically consider her actions. That's the last thing a slut wants to do.

That's why when a dick appears inside a slut “lol idk it just happened.”

SlutConfusion is deliberate and necessary for the functioning of the Capitalist slut economy.

You’re going to learn about this great dissonance and more as we go through books together.

What about getting big?

Next time you're at the gym, take a good look around.

Do you think the elliptical chubster will lose weight?

Will the curl bro gain muscle?

Is the old Asian woman going to stop inventing exercises?

No. 90% of the people in the gym will never improve.

Failure is the default. If you don't wake the fuck up and separate yourself from the pack you're going to end up like everybody else, a failure.

Luckily for you, my years of training and working as a trainer will help you cut through the bullshit and get you big fast. 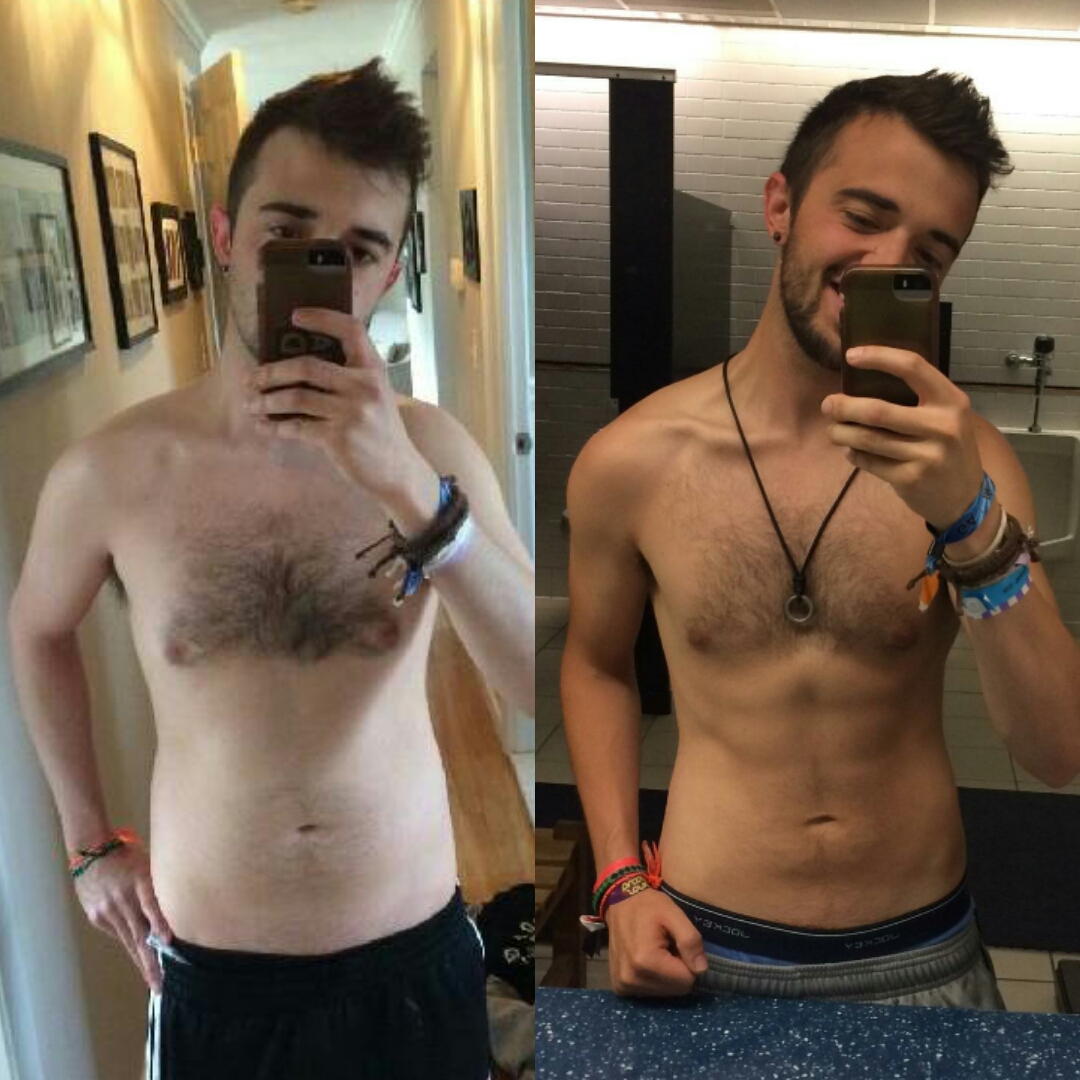 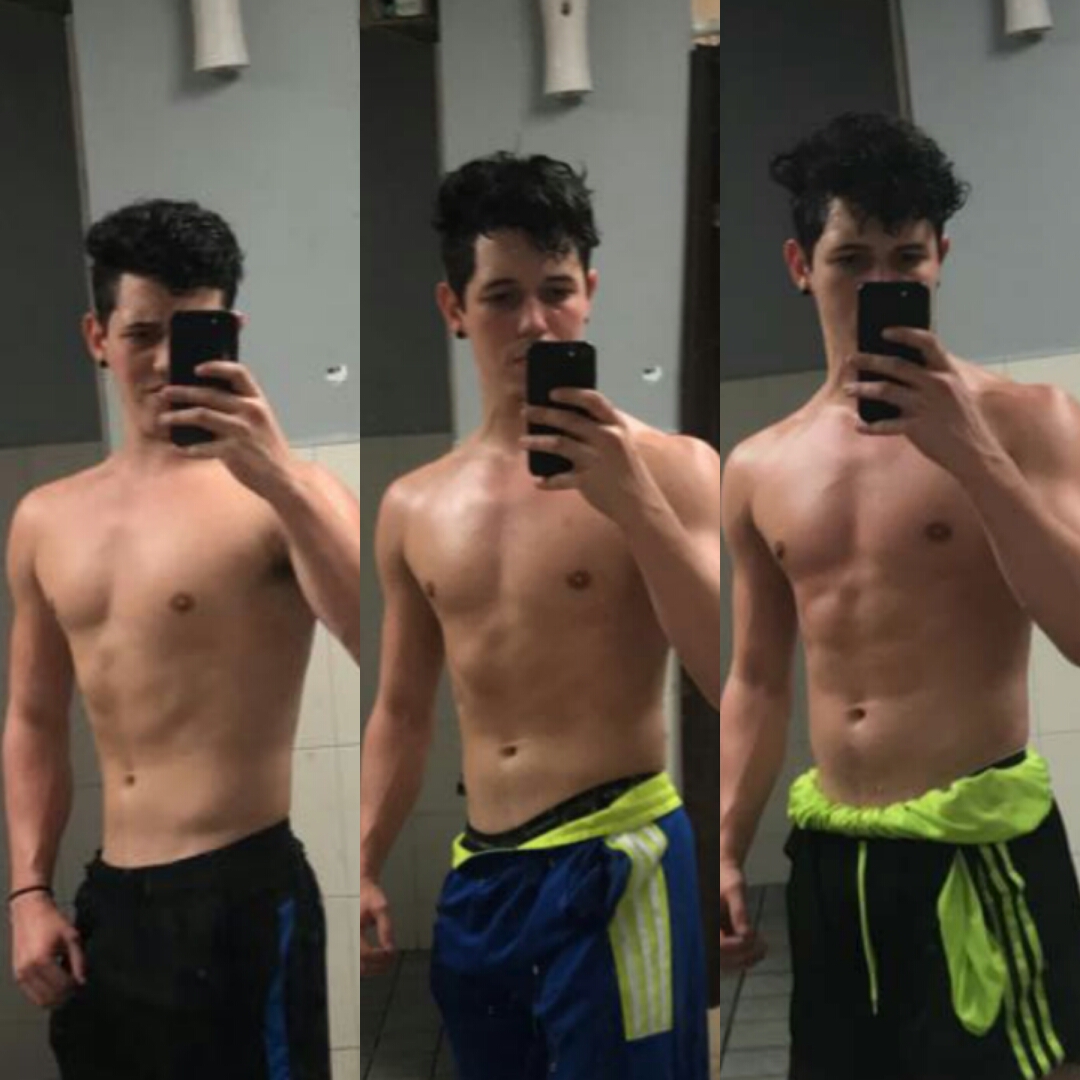 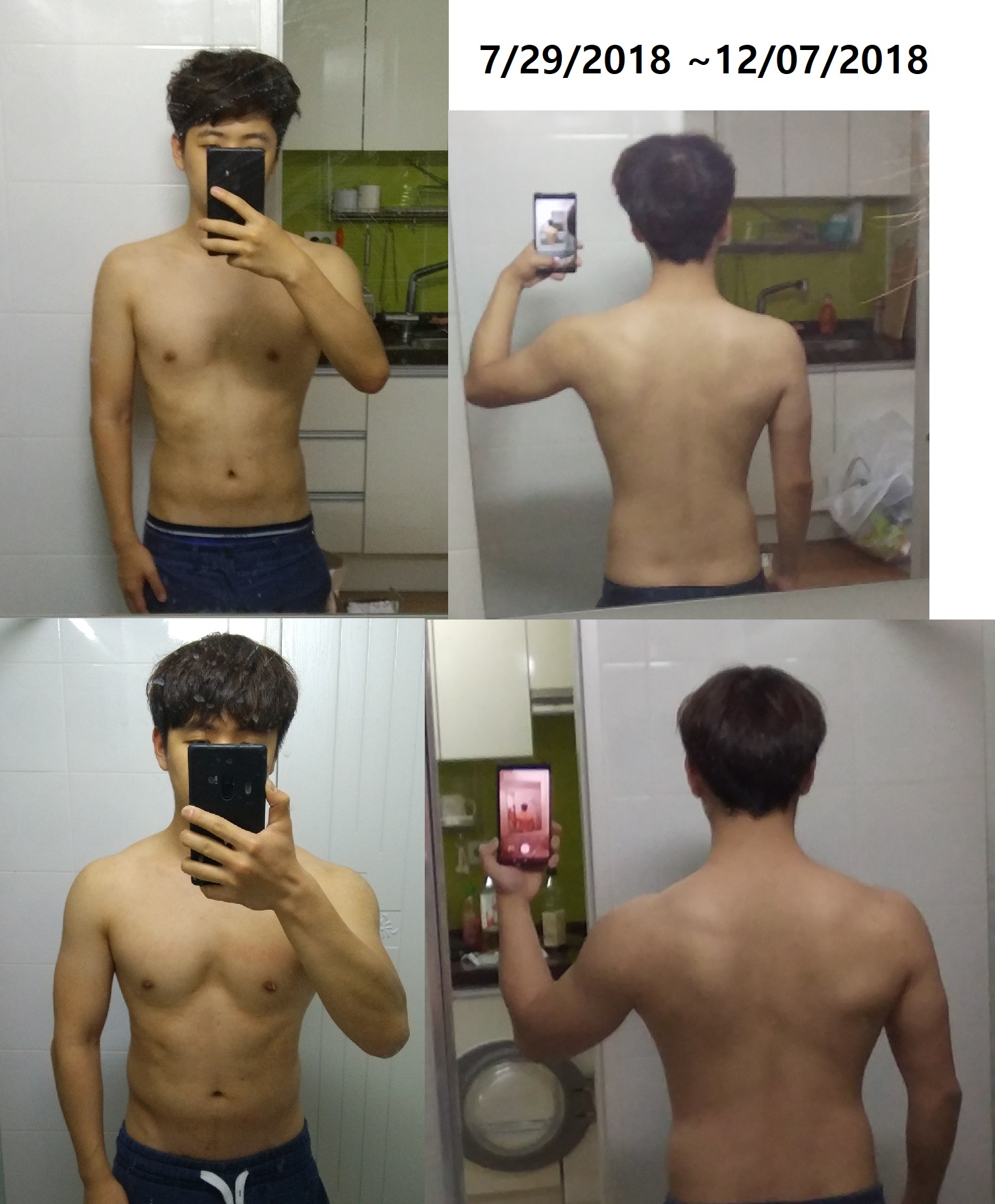 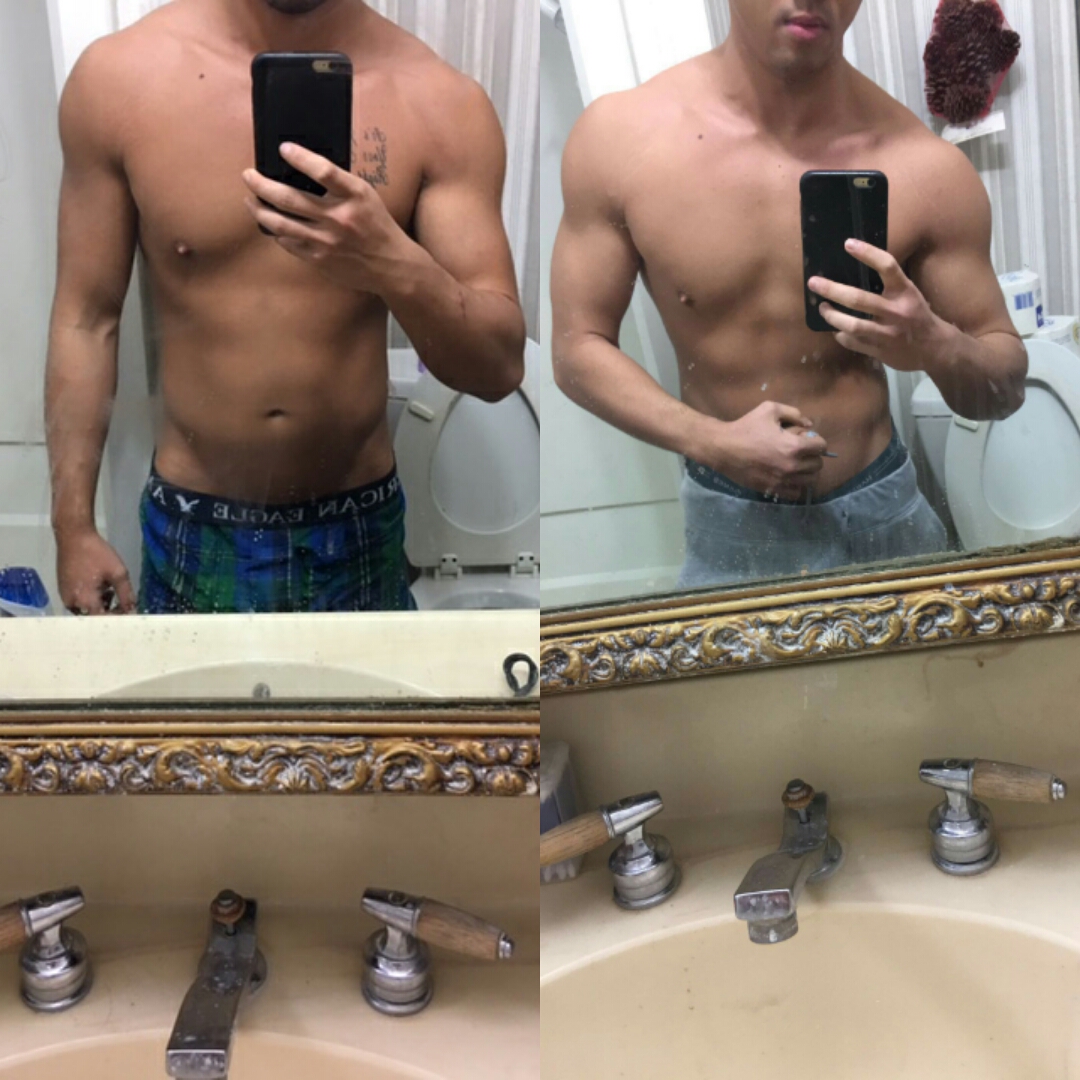 ...And Earn The Opportunity To Join An Invite-Only Community

(For Cultured Thugs ONLY)

Fill out the form below and let’s get you out of your alienated existence.

Your information is sent directly to GLO and he will try to contact you at your desired time. Your data is encrypted the entire way, and no one else will see it.